Paw Prints On Our Hearts

And since we just lost our beloved puppy, Boots...I wanted to honor the pets that remain with us.

Alli is our rescued yellow mountain cur dog that followed William home from elementary school one day and decided that we were hers.  From day one, she guarded our back yard and kept the teenaged boys that were visiting our daughters on their toes.  She is super sweet and lovable, but you don't get on her bad side.  Just ask Derrick what happens when you try taking her bone away from her.

Hoss was born to a stray that wandered up to our property in 2008.  We have no idea what his lineage is other than mutt (his mother looked like a lab mix).  But he is the kindest and strangest male dog we have ever had.  We have nicknamed him 'the eunuch' because he is constantly at Alli's side.  He defleas her and bows to her every whim.  He is my sidekick when I go for walk...unless Alli comes along.  You should see him trying to decide who to defend when other dogs come around.  He runs from me to her to me to her.  It drives him nuts!
This is our oldest pet, a black Chinese pug named Pib.  Pib came to us via a client of my mother's when the kids were still pretty young...around 1998 or 1999.  He was two years old then and had lived with a Doberman Pinscher and a Pit Bull...so he had a bit of a little man complex.  It was a good six months or more before he even barked.  He is such an old man now.  And looks like one.  He has been hit by two cars and mauled by a pack of 'teddy bear' dogs since we got him...and yet, he is still kicking.  He can hardly see and barely hear so things can be quite interesting when I go to wake him up some mornings.  He was Meagan's baby...and then Brian's...and finally Will's...so now he just tolerates Jim and I most days.  That's okay, he has earned the right to be a grumpy old man.
This is Butkus.  I have no idea what kind of dog he is.  He is another rescue dog that looked at Jim with that sweet face and found his way to our house.  Jim stops at a local convenience store on the way home from work most days.  During his routine stop Butkus followed him in to the store.  The cashier chased him out and Jim drove away...but soon turned around and picked him up.  He is a SMART dog and loves to sit with me in my chair when it's cold outside and Jim feels sorry enough for them to let them in.  He likes to sit like a human though.

This is technically NOT our pet...but Brianne's.  However, she has been living with us until Bri and Josh have their home free of cat-killing dogs.  Bri found Zoe in our driveway after school just before she turned 16.  She was tiny...so much so that Bri was able to hide her in a drawer for two weeks before she asked to keep her as a birthday present.  My only condition was that I never had to clean the litter box.  UMMM....yeah....do remember that deal, Bri?  We think she is a Maine Coon Cat with beautiful tortoise shell colored markings and long, fluffy hair.  She is getting bossy in her old (ten year) age though.  Especially when it comes to food!
Posted by Fonda at 2:48 PM 1 comments 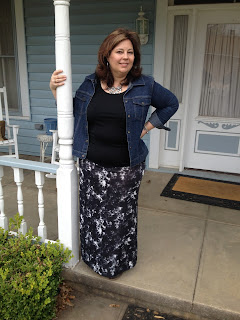 Us Grandmas are at it again. We are on our annual girls weekend exploring new places and enjoying new experiences. This year's trip is pretty chill...even more chill than Key West was last year.

We are staying at a historical B&B in Fredricksburg, Texas. This is the view of my 'quiet time' place this morning. 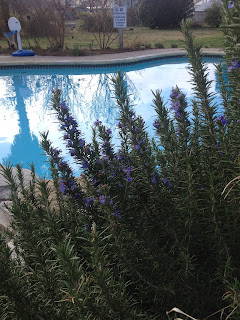 And this is where I am posting from now. 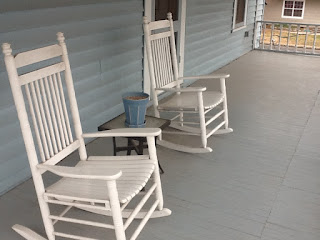 I will be back later with more details...but until then y'all have a blessed Sunday. I hope you get a chance to kick back and relax with friends and family on this gorgeous Lord's Day too!

- Posted using BlogPress from my iPad
Posted by Fonda at 8:30 AM 1 comments

Happy Valentines Day To The LOVE Of My Life! 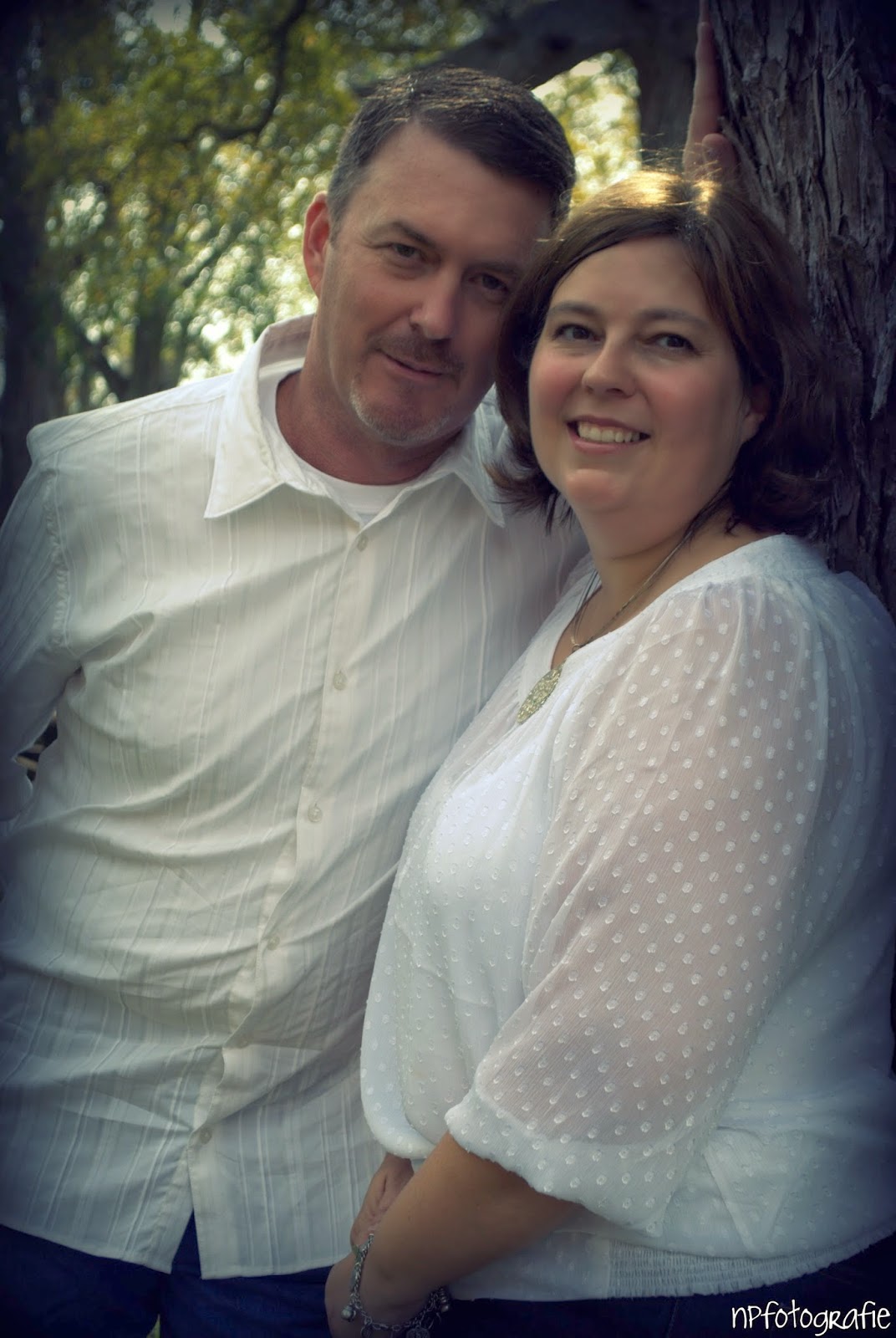 We've had a bit of a heavy heart around here this week.  Monday morning as we were leaving for work Jim's puppy, Boots somehow found himself under the tires of Jim's truck.  Jim never saw him and really has no idea what happened...but the vet said that there was nothing they could do for him and Jim had to make the tough decision to have him put down. 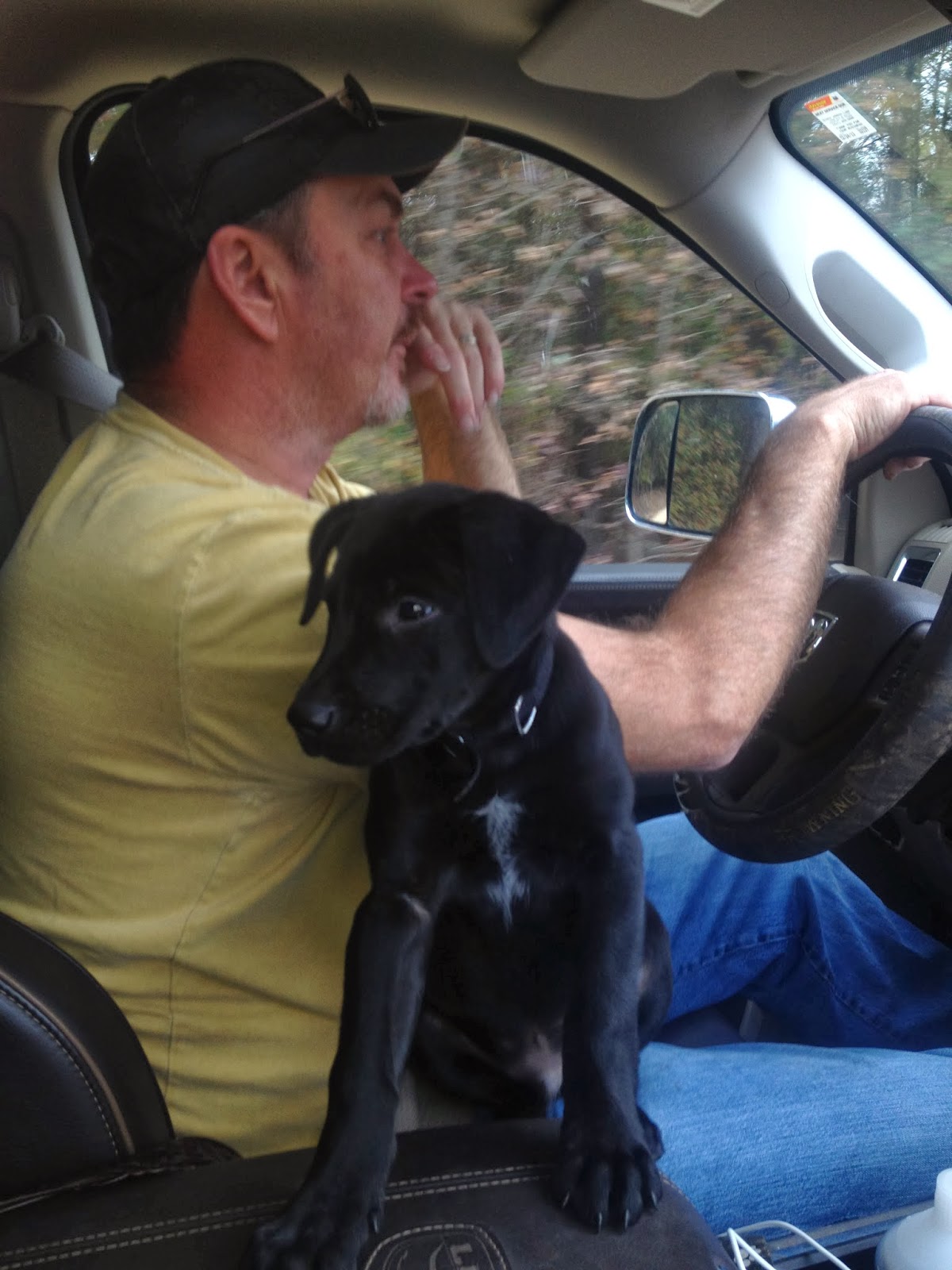 Just the day before we were videotaping him jumping off the back deck and practicing to be our 'dock dog'.  He loved to chase a tennis ball around the living room and to bark at Jim with the ball in his mouth.  He was such a smart puppy and though he didn't take kindly to house-breaking, he was pretty well behaved for a Blue Lacey/Lab mix.

He came to us with the name 'Bama...but you know us Hog fans couldn't bear that for more than a week or two.  It wasn't long before his true name was revealed when we constantly found him asleep on Jim's boots each evening after tussling and again each morning.

He wasn't even my dog...and still I can't stop the tears as I write because I know how much he meant to Jim.

Rest in peace, Bootsy.  You will be dearly missed and fondly remembered.
Posted by Fonda at 1:47 PM 1 comments 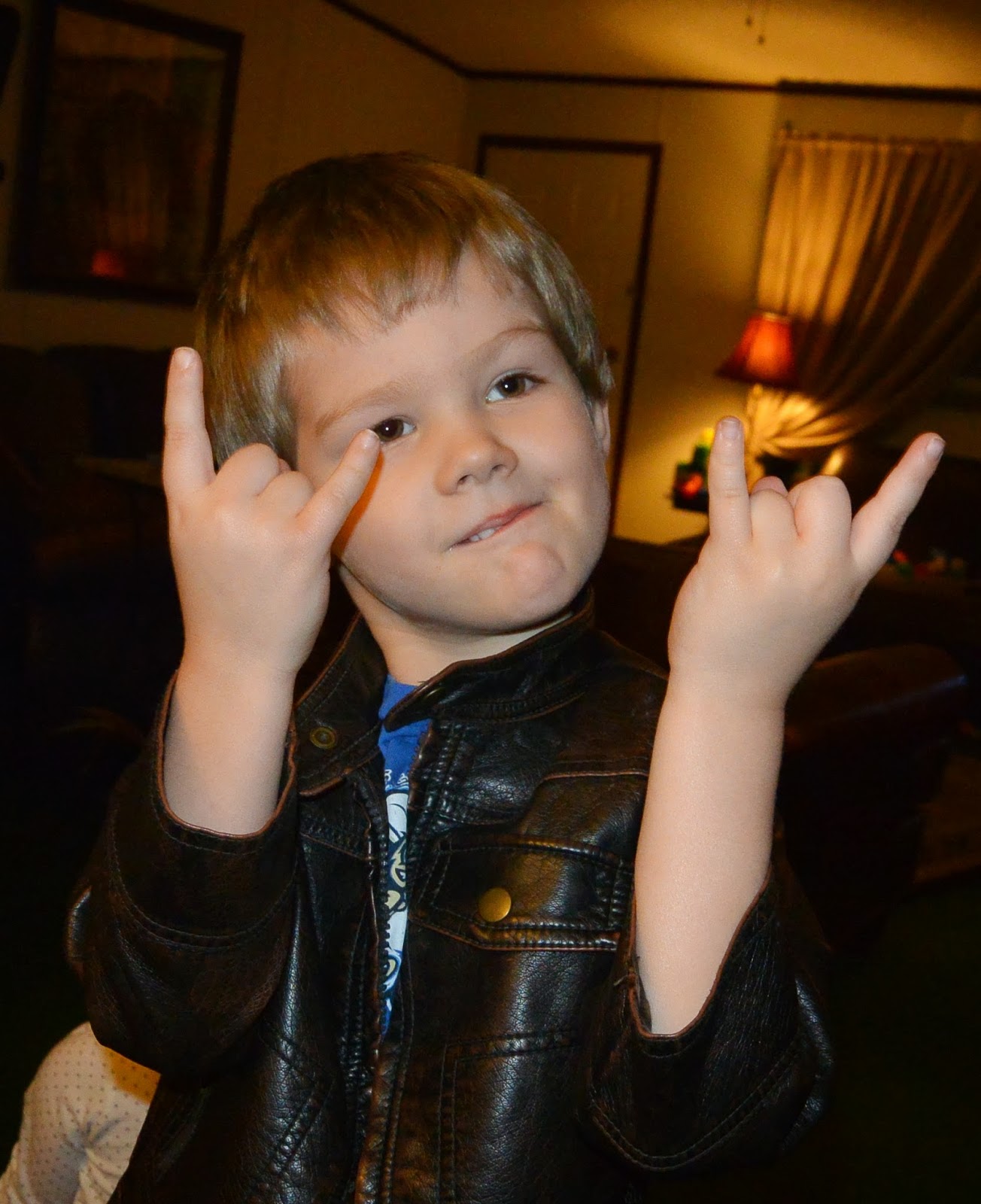 The above picture was what he had to say after opening his presents on Saturday.

The pictures below are five of my favorites from the past year.

Happy Birthday, Mad Dog!
Nonna and Pappaw love you to the moon and back!
Posted by Fonda at 3:32 PM 1 comments 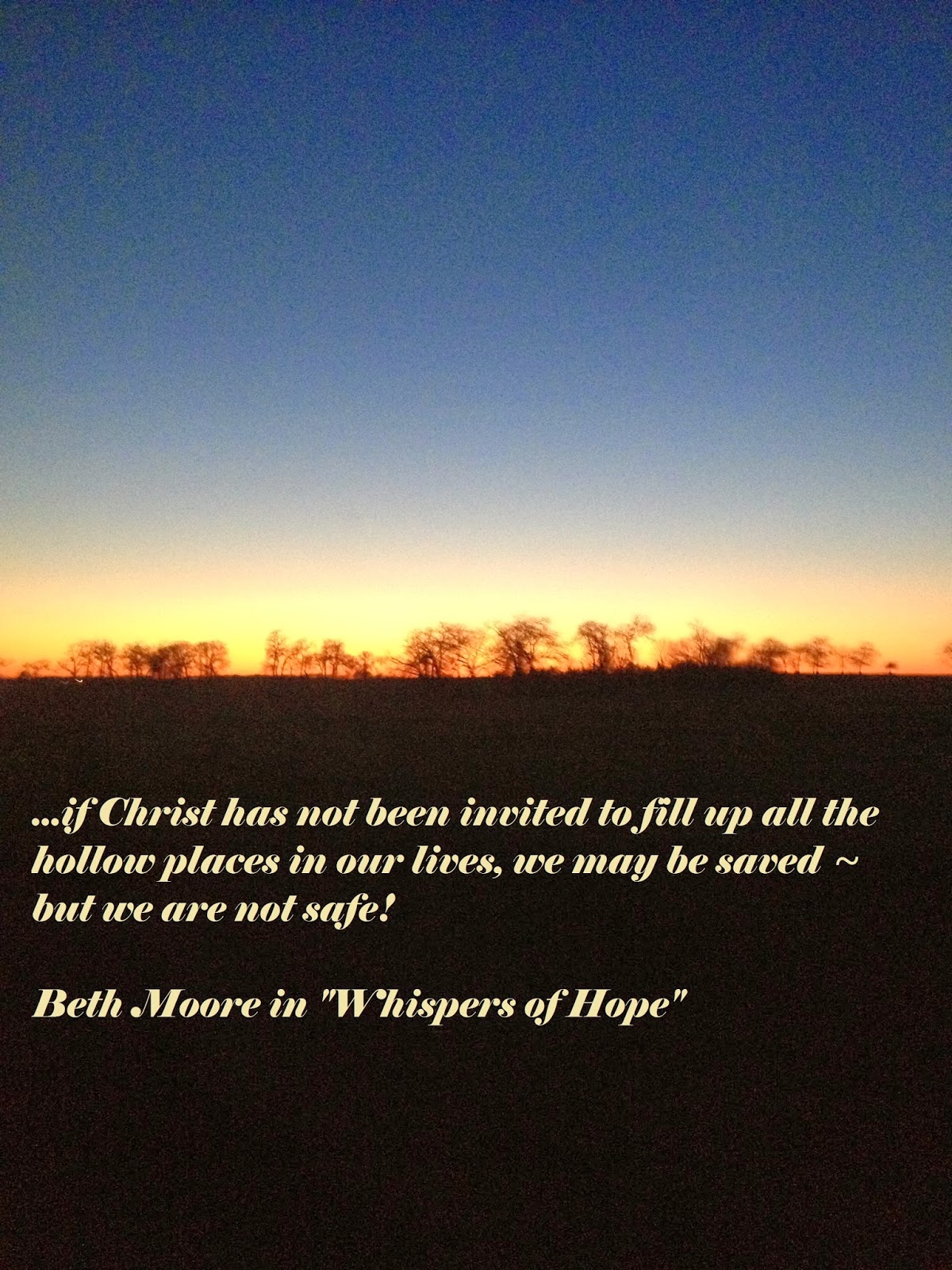 "Only Christ can fill our empty pitchers."
Both quotes taken from Day 20 of the seventy day devotional.

This is just what I needed to hear after asking the Lord to transform my hollowness to hallowedness.  God is so good to speak to me in multiple ways and through multiple means.  That is how I know when the work is from Him and not of my own devices.  He knew that left to my own doing I would fill those hollow places with lesser things than Himself.

A chorus we sang at last night's Bible study rings this truth in my ears today:

Holy Spirit You are welcome hereCome flood this place and fill the atmosphereYour glory God is what our hearts long forTo be overcome by Your presence Lord.Holy Spirit Lyrics | MetroLyrics

May my heart be found longing for His glory today.
Posted by Fonda at 2:59 PM 0 comments


What I Listened To:
What I Read:
So how was your January?  Anything interesting I should add to my lists.

The designation of the Interstate that runs between Arkansas and Texas

The second score in a tennis match

The number of years since Apple introduced the MacIntosh PC

The number of candles on this Beauty's birthday cake today! 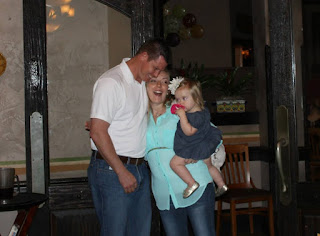 Happy Birthday, Meagan!
I really can't believe it has been thirty years since Dr. Ziegler rushed in from watching the space shuttle launch to place you in my arms. I look at Delayne and I am reminded so much of you. Your Dad and I wish you the absolute best today and everyday. You have made us so proud of the woman you have become. May The Lord continue to bless you and your family in the years to come.

Much, much love,
Mom

- Posted using BlogPress from my iPad
Posted by Fonda at 11:17 AM 1 comments